BETH CURRY, most recently, starred in Mel Brooks’s national tour of YOUNG FRANKENSTEIN, as the role originated by Madeline Kahn. Beth appeared on Broadway in LEGALLY BLONDE, GOOD VIBRATIONS, and DIRTY ROTTEN SCOUNDRELS. She spent three glorious years as a backup singer for the Brian Setzer Orchestra, touring all over the US and Japan.

Beth’s TV appearances include: Bunk'd, Shining Vale, Superstore, Atypical, I'm Dying Up Here, All American, American Houswife, Hart of Dixie, Burn Notice, Bunheads, and more. She is also a screenwriter and won the coveted Nicholl Fellowship sponsored by the Oscar.

But, her true love has always been writing and recording music.  She has dabbled in many different styles and flavors of music but has happily landed in a delicious playground, called TOTSY.  Because of Beth’s background, TOTSY has a unique theatrical sound, a sense of humor, playfulness, and heart. 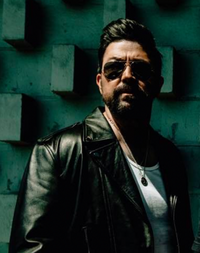 Brett has had the chance to write songs and produce tracks for “The Freedom Alliance,” “The Patriot Guard,” and “The Make A Wish Foundation.” He has also recently signed non-exclusive blanket license deals with SONY PICTURES TELEVISION and several music supervisors in film and television. Brett is member of the band, The Nashvillians.